BEIJING — For years, Peking (which is the old name for Beijing) was the Forbidden City, home of the Empires of China. In the early 1900s, that era ended and China started on a new path that has led it to be on the world stage 08/08/08. That right, August 8, 2008, the curtain will rise on the Summer Olympics, and Beijing will be known as the Welcome City.

When LDS missionaries go into the field, I have often heard them referred to as being dipped and shined. China has had its own path to get dipped and shined. Only a lot of photos could let you take in all the incredible things that have been done in preparation for this world party.

While I was in China, someone told me that the national bird was the crane. It may not be the crane that you are thinking of but yes, the skies are filled with China’s version of its flying birds. Construction cranes are everywhere.

In all of my travels, I have never seen so many skyscrapers or more impressive buildings. If you are flying in to Beijing, you will land at the world’s largest airport. It looks like a giant flying saucer. It seemed to me as if you could put one of our small cities inside, it was so big. 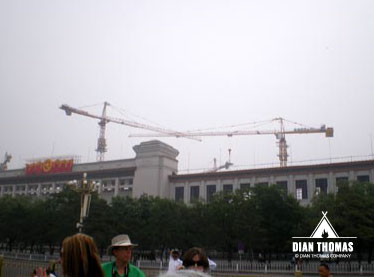 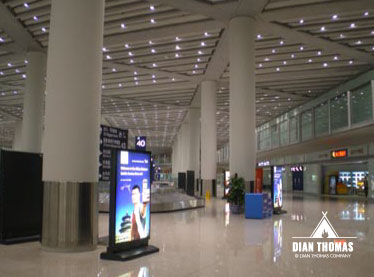 The next new building that is so impressive is called the “Bird’s Nest.” This will be the arena for the opening and closing ceremonies for the Summer Olympics. The new building was erected at a cost of 500 million and will seat 91,000 people.

Right next to the “Bird’s Nest” is Beijing National Aquatics Center . The amazing thing about this building is it looks like giant bubbles on the outside. It will seat 17,000 people for each swimming event.

China has thousand and thousands of skyscrapers. Maybe this number can help you understand the reasoning behind going up. The nation has a population of 1 billion 300 million. That is 5 times more people than live in the United States. The area of China is a little smaller than the United States. So to house all the people there was only one way to go and that was up.

In the world there are 160 cities that have more than 1 million people. Of the 160, cities 100 of them are in China. There is a city on the East Coast of China by Hong Kong call Shenzhen, which was a small fishing village in 1970. Now it is a booming city of 13 million people. That’s right — in just over 35 year they have created a city of millions.

I saw skyscrapers in China I still can not believe could be built. One of my favorites was one I call the “Dragon Building.” 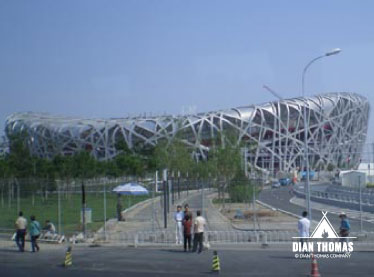 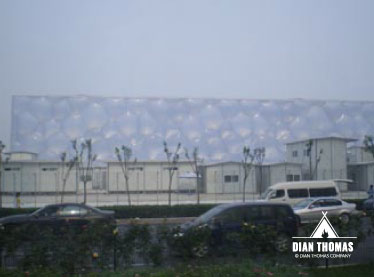 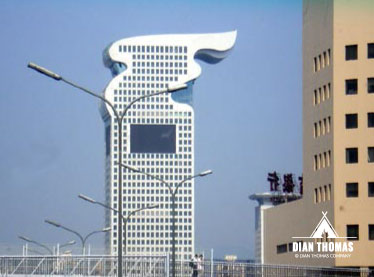 Bicycles in China are almost as plentiful as the people. Beijing has 14 million people and 10 million bikes. There are even bike lanes and bike traffic lights.

While riding a bike in Beijing, I have seen everything from small refrigerator, to stack of chickens in cages go riding down the street. If you can strap it to a bike, sooner or later you will see it making it way down the bike lane.

Bike parking at the Temple of Heaven illustrates how popular bicycles are, but it also asks an intriguing question. Is that a jail cell on the back of that red trike? Click to Enlarge.

While in the city I saw many women in business suits and high heels and men in profession attire on their way to work. 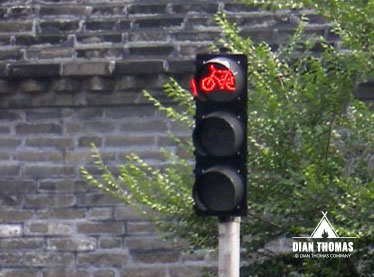 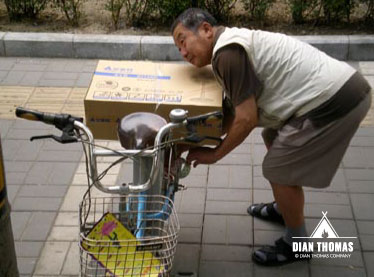 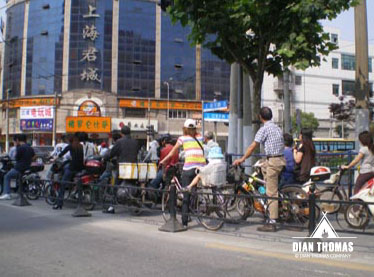 The next thing that caught my eye while in the Welcome City was the million of beautiful flowers. I even saw boxes of flowers on the freeway. There were trees of flower and flower in hanging basket as well as the many beautiful gardens through out the city.

Here is a great new idea for flowers. We came out of our hotel, where there was a wedding in progress. Instead of the car being painted with shoe polish and string of cans tied to the back, it was decorated with beautiful flowers. 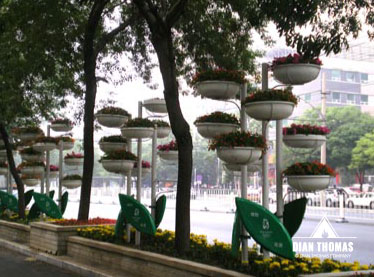 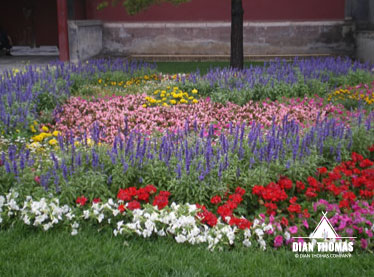 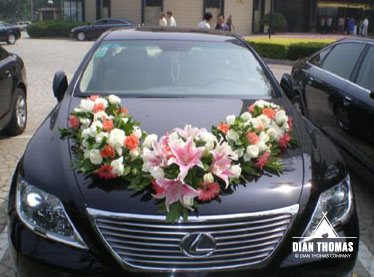 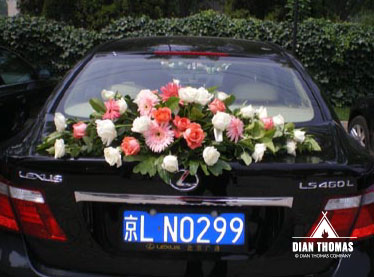 Although these are all impressive, the best is still to come. Even better than the beautiful architecture and decorations were the warm hearts of the people that we met. So many times I was lost until I could find someone who could speak a little English to point me in the right directions. Even when they could not speak a word of English, we could still speak in the language of the heart.