It was always my dream to go to China and celebrate the Chinese lunar New Year. That opportunity came to me in 2013.  I was the tour guide for a company that wanted to go to China and Thailand.  After our tour, I flew to Chengdu, which is in western China. I stayed with Carol (her western name), who had been my tour guide, in an apartment building on about the 12th floor.

The apartment building was ten years old, but it looked and felt like it was 40 years old. The particleboard that was in the elevator was almost all gone.  In China, the New Year is celebrated during the lunar new year, which usually falls towards the end of January or the first week or two of February. Chinese New Year for the people of China is their most important holiday of the year. Everyone goes back to their home of origin and celebrates with their families.  The first day is celebrated with your immediate family, the second is with your mother’s family, and the third is with your father’s family. 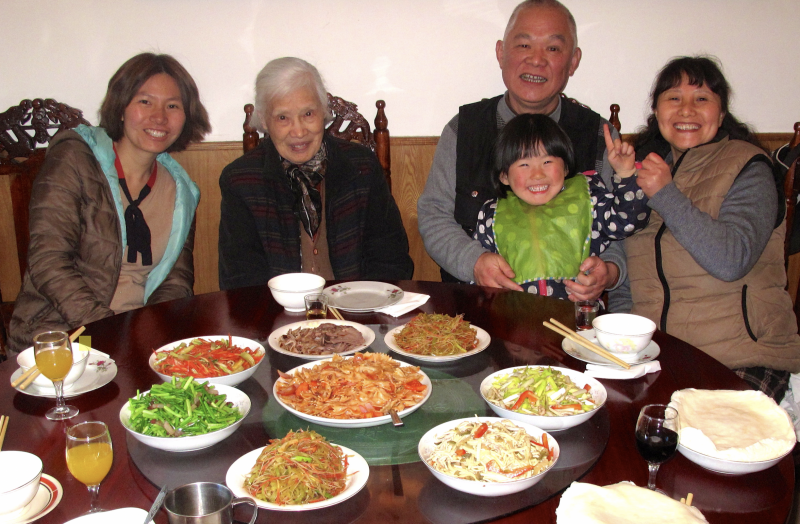 On the first day of the Chinese New Year, we went to Carol’s parents and celebrated it with her parents, grandmother, and daughter. Her husband was out of town and unable to attend. Preparation for this particular meal took on a week of cooking. First, they were shopping in the market, then preparing the food to be cooked, and then the day of the New Year, I was able to see him cook eight different dishes. All of them were vegetables except for one dish that had some meat. The diet in China consists mainly of vegetables and in the south rice and the north noodles. 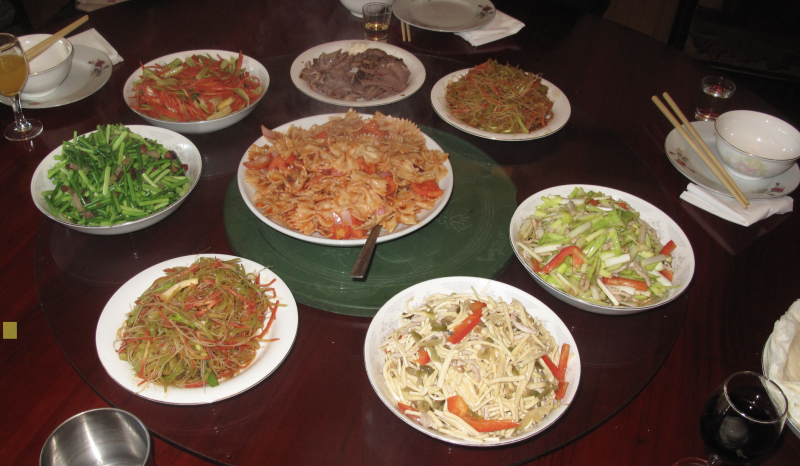 Carol’s father started early in the morning to prepare all of the dishes. It was so fun for me to peek over his shoulder into the tiny kitchen, which had a window open to let out the wonderful smells. A Chinese kitchen consists of a gas range and a wok.  It seems like it took about three or four hours for him to prepare all the dishes. Grandma lived with the parents, and often they took care of their granddaughter as Carol traveled a great deal being a tour guide for tours coming into China.  It is very typical in China to have the grandparents raising grandchildren as usually both the parents are off working.